Slowness
Taking time to resist the demand of contemporaneity, the agitated spark of connection should be slowed. Not in order to reduce connectivity, but to test the equipment. An ebullient slowness. A hesitancy, thoughtful not stammering.

Slowness could be the time of stepping-back. A kind of divergence that would mark out a separate space. An eventual re-joining too, but out-of-joint. Out and back into the wrong place. Things look different from the wrong place however, and it is such that slowness might carve out a productive edifice. Half-engaged, almost snapped back into position. A slow-agent could change orbits, and change relations. Unexpected perhaps, but with a simple result of shifting velocities.

Slowness is not really a question of efficacy, this is the wrong scale of measure. It is about the leverage of an intervention. Perhaps just a delay. A mouth pausing for a brief moment before enunciating. Hesitating on unstable ground, and so needing the time to be sure of one’s step. In each case care is taken.

Slowness is a kind of care of time, an attentiveness to action and thoughtfulness of gesture. Acknowledging reduced speed, and at the same time the gap that opens up when action is slowed. The distorted frame of relations caused by slowing down is a more malleable space.

A number of questions arise here, but a political demand too. Slowness is not a time of inaction; it is not necessarily dissenting and the question of intent can miss the point. Yet slowness can have an impact. Drawing back from the intensive world is an advocacy for another possible pace. A quiet statement of alterity. Weighed and cared for with the endurance of a thought.

Heidegger would talk about technology, about tempestuous repression by the standing-reserve. Measure, measure, measure. As if the current thinking of technology was a mere surface tension, withholding something more onerous, a deeper and more invidious imperative. Yet before representing the problems of philosophy, Heidegger’s very method stands against the charge. Backwards looking to be sure, but embodying another imperative to give thought time to think. Not clearly. Not with the insistence of the technologic. But patiently. A patient thought to which care is due. Slowness of thought then as method. Slowness of gesture too. 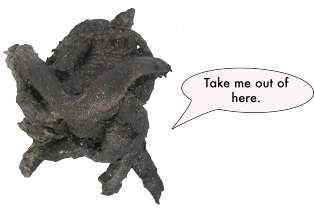