Oliver's labour of carpentry & embroidery
This seems to be an important distinction to draw out. The heavy-labour of the philosophical carpenter, with his now exhausted hammer, properness of bearing and knowledge that is concentrated in each blow. This stands against embellishment: dextrous fingers, brevity and a sedentary patience. Not really two regimes of knowledge, but rather two contrasting figures of practice drawn out of an experience of the world.

Tied to one body of thought however, each practice draws out methods of philosophical work. The lugubrious and the diaphanous. One sets both feet stolidly, the other meanders. Stepping beyond the gendered or the theistic, there is something of use in this tension between the structured and the decorative.

The carpenter’s structure is built within a set of acknowledged practice, from drawn up plans perhaps. The structure is measured. Precision is courted through equipment. The decorative can refuse this for a minimum of technique and an opening for the improvised. One can distinguish the use of philosophy here as distributed between two of many possible models. It is not really a question of philosophical rigour then, but a question of the rightness of technique and of getting things done. 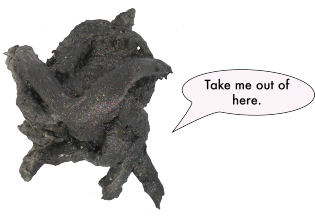