Finitude, the duplicate figure
Splitting. Symbiotic replication. Not a similarity, but a double. Absolute overlap, pure identification. Outline over outline there would be no difference, as if one had stepped out of the other to form a reflective surface.

She splits. And she is she and she. In this way she and she stand side by side. Perfect overlap. More identical than the identical twin, and as such not acknowledging the careful ontological distinction of the twinned being. The double really has nothing to do with twinness, as twinness is the condition of a replicated façade combined with ontological distinction. The double is a pure replication. Ontological identity and mirrored façade. Twinness is an impoverished relative of the double, a not quite proximal enough similitude.

The double, to be double, has to be an aberrancy, in space or in time. Identical splitting is the gesture of the aberration. After the replicative split, she and she overlap. This gesture or that gesture however begin to depart. There is a time-delay, a spatial displacement, a latency of action or an absolute non-commensurability between the two gestures. Thus the double becomes ragged around the edges. A divergence from the moment of separation, so not an embryonic purity, but a birthing of the double into the world. Coming forth in such a manner the double presents the problem of finitude in stark terms. A flood-lit problematic, the double is the double and henceforth she is never quite herself. 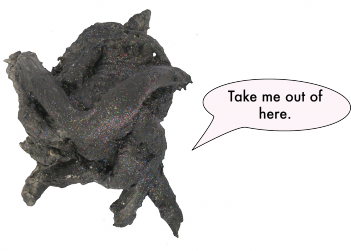